The Viaduct Tavern - History And Hauntings From The Ghost Book
Come and discover the history and hauntings of The Viaduct Tavern in London. Read chilling tales of spooky encounters and book yourself on a ghost hunt, if you dare......
haunted pub, haunted london, gin palace, the ghost book, ghost hunts, paranormal investigations,
15828
page-template-default,page,page-id-15828,theme-bridge,woocommerce-no-js,ajax_fade,page_not_loaded,,qode_grid_1400,hide_top_bar_on_mobile_header,columns-4,qode-product-single-tabs-on-bottom,qode-theme-ver-16.7,qode-theme-bridge,wpb-js-composer js-comp-ver-6.2.0,vc_responsive 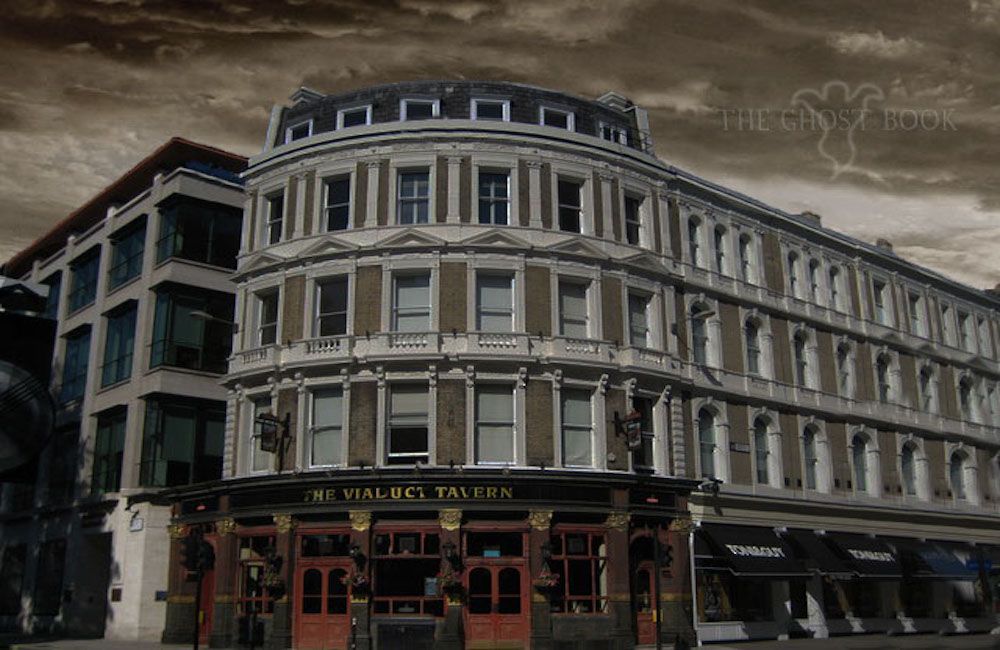 ORIGINAL PURPOSE: A Victorian gin palace – an ornate and decorated pub born from the popularity of drinking gin as a ‘medicinal dram’.

OTHER USES: The building remains a pub and also hosts ghost hunts.

PREVIOUS BUILDINGS ON SITE: The pub is built on the foundations of an old debtors prison known as Giltspur Compter which stood on the site from 1791 – 1853. Some of the old cells make up the pub’s cellar.

INTERESTING FACTS: There are rumours that the first floor was used as an opium den in the late 1800s, a popular taboo of the time.

CLAIM TO FAME: The tavern is the last surviving example of a Victorian gin palace left in London. Much of the Victorian style and features can still be seen throughout the building.

GRIZZLY HISTORY: Newgate Prison stood opposite the Viaduct Tavern, which is now the Old Bailey. The fountain outside the pub marks the spot where hangings took place. It is also believed that many prisoners were buried under what is now Dead Mans Walk after their execution.

Audible: Horrible sounds of someone in pain come from the cellar.

Have you had a spooky encounter at The Viaduct Tavern? Would you like your tale published on The Ghost Book? Then get in touch!