The Poltergeist House
Come and discover the history and hauntings of The Poltergeist House in Yorkshire. Read chilling tales of spooky encounters and book yourself on a ghost hunt, if you dare......
haunted house, haunted pontefract, haunted yorkshire, the black monk, the ghost book, ghost hunts, paranormal investigations,
16372
page-template-default,page,page-id-16372,theme-bridge,bridge-core-2.6.7,woocommerce-no-js,qode-page-transition-enabled,ajax_fade,page_not_loaded,,qode_grid_1400,hide_top_bar_on_mobile_header,columns-4,qode-product-single-tabs-on-bottom,qode-child-theme-ver-1.0.0,qode-theme-ver-25.2,qode-theme-bridge,disabled_footer_bottom,qode_header_in_grid,wpb-js-composer js-comp-ver-6.6.0,vc_responsive 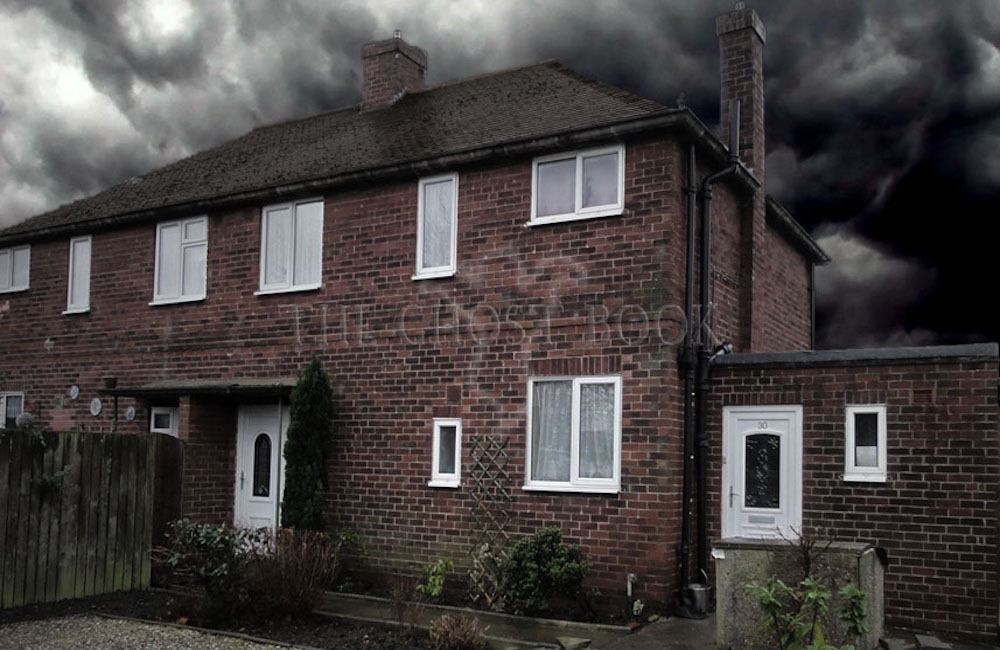 OTHER USES:  The house is now used for paranormal investigations.

PREVIOUS BUILDINGS ON SITE:  Between 1090 and 1539, there had been a priory close to the site of the house. And before the house was built, the town gallows stood opposite.

CLAIM TO FAME:  The 2012 film ‘When The Lights Went Out’ is based on the story of the Pritchard family who lived in the house during the 1960s.

GRIZZLY HISTORY:  A Clunaic monk is said to have been hung at a site very near to where the house now stands, for the rape of a young girl. According to reports, the Pritchard family endured horrific poltergeist activity, starting in August 1966. The physical activity seemed to be focused on daughter Diane, 12 at the time. At one time, she was apparently dragged up the stairs by her throat, and was thrown from her bed several times.

• The Black Monk, referred to by the Pritchard family as Fred or Mr Nobody. Now considered the most violent poltergeist in the world.

TIMESPAN OF HAUNTINGS: 1966 to present day.

Intelligent: Unexplained knocking sounds. Piano playing on its own.

Poltergeist: Pools of water mysteriously appearing on their own. Furniture being tipped over. Objects flying and levitating. Object displacement. Pictures being slashed. Lights turning on and off on their own. Green foam appearing from the taps. People report being scratched.

“I was on the landing outside the small child’s bedroom and myself, Kerri and Jacky heard a baby crying. It only lasted a few seconds. I thought it was proabably a squeaky floorboard but there wasn’t any. I was also going live on Facebook and some people watching also heard it too.”

“I had 3 scratches appear on my neck/chest after complaining that my cross and chain felt like it was burning.”