The Park Hotel - The Ghost Book
Come and discover the history and hauntings of The Park Hotel in Lancashire. Read chilling tales of spooky encounters and book yourself on a ghost hunt, if you dare......
haunted hotel, haunted lancashire, the ghost book, ghost hunts, paranormal investigations,
17479
page-template-default,page,page-id-17479,woocommerce-no-js,ajax_fade,page_not_loaded,,qode_grid_1400,hide_top_bar_on_mobile_header,columns-4,qode-product-single-tabs-on-bottom,qode-theme-ver-16.7,qode-theme-bridge,wpb-js-composer js-comp-ver-5.5.2,vc_responsive 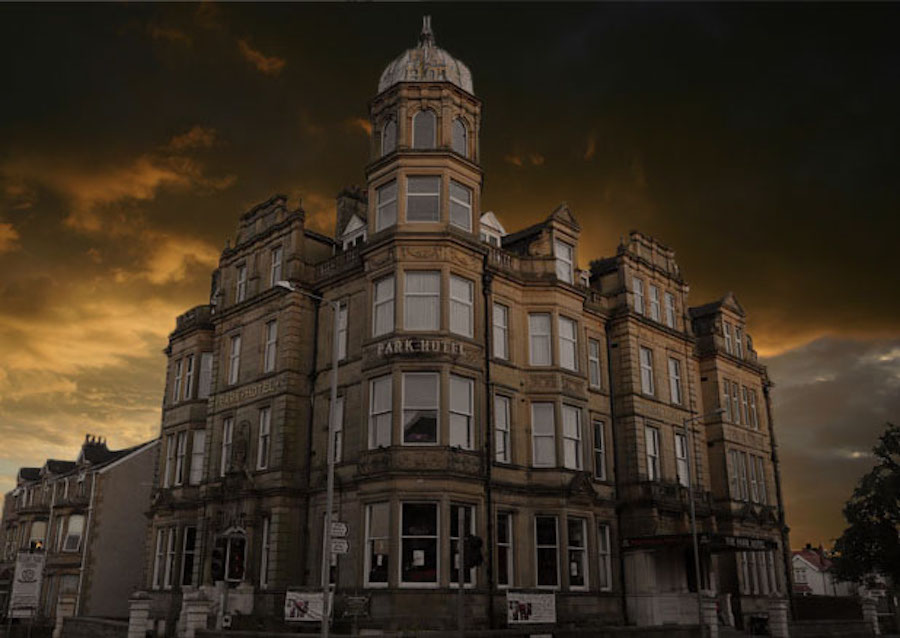 OTHER USES: The hotel is now a ghost hunt venue and offers history tours.

INTERESTING FACTS: Lightning marks can be seen on the ceiling of the Observatory.

The furniture you see in the Park Hotel is original, right down to some of the beds still having unmade sheets on them from the last guests to stay there.

CLAIM TO FAME: Many stars of the stage would have stayed at The Park after performing at the nearby Morecambe Winter Gardens Theatre. Famous faces to have performed there are Laurel and Hardy, The Rolling Stones and George Formby.

GRIZZLY HISTORY: When The Park was bought by its current owner, shrouds were found hanging from a ceiling and a human skull was found in a sink. Could this indicate some kind of satanic worship having taken place?

DEATHS: It is believed there have been 16 deaths to have occurred in The Park, of both guests and staff!

Audible: Crying heard. Children and women heard. The sound of a woman screaming is often heard.

Poltergeist: TVs turn on by themselves in the middle of the night, always to a war film.

Have you experienced paranormal activity at the Park Hotel?