The Leopard Inn - History And Hauntings From The Ghost Book
Come and discover the history and hauntings of The Leopard Inn in Staffordshire. Read chilling tales of spooky encounters and book yourself on a ghost hunt, if you dare......
haunted inn, haunted hotel, haunted staffordshire, the ghost book, ghost hunts, paranormal investigations,
17180
page-template-default,page,page-id-17180,theme-bridge,woocommerce-no-js,ajax_fade,page_not_loaded,,qode_grid_1400,hide_top_bar_on_mobile_header,columns-4,qode-product-single-tabs-on-bottom,qode-theme-ver-16.7,qode-theme-bridge,wpb-js-composer js-comp-ver-6.2.0,vc_responsive 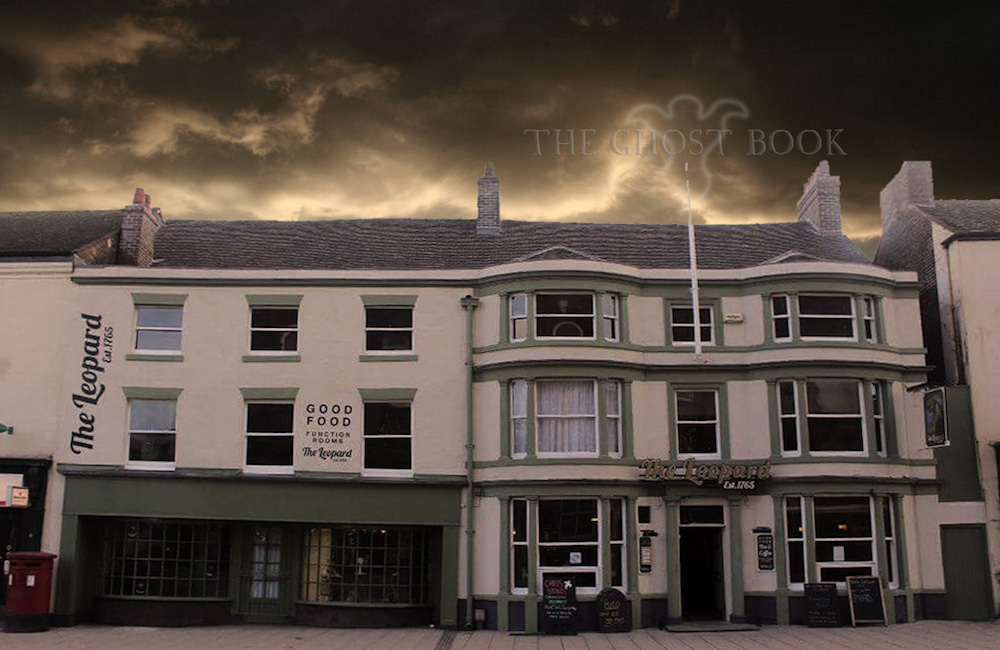 DATE BUILT: Unknown, although it is known to have been serving as a pub since 1765.

OTHER USES: By 1878 the inn had become a hotel with over sixty rooms. Life as a hotel came to an end in 1956 and the rooms were sealed off. The inn now offers function rooms for weddings and events. It is also a venue for music and live entertainment, as well as paranormal investigations.

PREVIOUS BUILDINGS ON SITE: Two cottages are believed to have been knocked together to form a larger building in 1640.

INTERESTING FACTS: The landlord of the time discovered the blocked off hotel rooms in 2007. More recently, hidden tunnels under the inn were discovered.

CLAIM TO FAME: Josiah Wedgewood of Wedgewood Pottery wrote about dining at The Leopard in March 1765.

GRIZZLY HISTORY: The spirit of a murderer is believed to haunt the pub. Stories claim he committed his crimes on the premises!

• A witch – Molly Leigh who has a pet blackbird on her shoulder.

Sensory: People report being scratched, attacked and feeling unseen hands around their throats.

Poltergeist: Doors opening and closing on their own. Bricks reportedly thrown at people. Glasses are said to fly on their own.

Have you experienced paranormal activity at The Leopard Inn?