The Homestead
Come and discover the history and hauntings of The Homestead in Lincolnshire. Read chilling tales of spooky encounters and plan yourself a visit, if you dare......
haunted pub, haunted lincolnshire, asylum, the ghost book, ghost hunts, paranormal investigations,
15956
page-template-default,page,page-id-15956,theme-bridge,bridge-core-2.6.7,woocommerce-no-js,qode-page-transition-enabled,ajax_fade,page_not_loaded,,qode_grid_1400,hide_top_bar_on_mobile_header,columns-4,qode-product-single-tabs-on-bottom,qode-child-theme-ver-1.0.0,qode-theme-ver-25.2,qode-theme-bridge,disabled_footer_bottom,qode_header_in_grid,wpb-js-composer js-comp-ver-6.6.0,vc_responsive 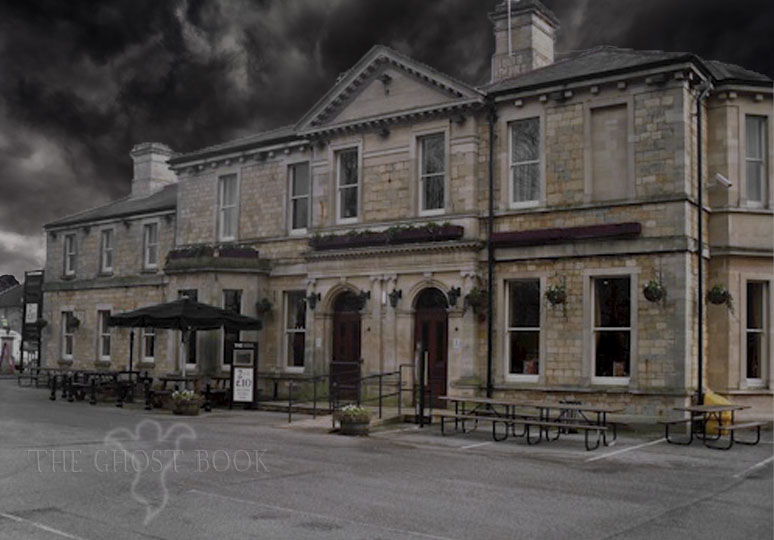 OTHER USES: The asylum was also used as an emergency hospital during World War II, from 1940-1943.

PREVIOUS BUILDINGS ON SITE: The village of Bracebridge Heath is mentioned in the Domesday Book as ‘Brachebrige’, so there was most certainly life on the grounds before the hospital.

GRIZZLY HISTORY: Obviously the site has a troubled history. It is no secret the terrible treatment patients received. It is hard to know what may have occurred in this building, what with it being listed as a residential property.

DEATHS: As above. Deaths occurred here, many, many deaths. However, it is hard to know what occurred in this building.

• A lady in white seen in the living quarters.

Audible: Sounds of furniture being dragged. Loud banging sounds come from the top of the stairs.

Sensory: Punters have often asked to be moved tables due to strange activity.

Poltergeist: Beer taps in the cellar turn on by themselves.

“This evening we went to The Homestead, Bracebridge Heath for dinner, it was 1700 hours. We sat in the non-smoking section, and were the only customers. My Grandson, aged 4 years 10 months, out of the blue mentioned a man watching him. We asked where this man was, my Grandson pointed to this glass/wooden partition approximately 2 metres away. My Grandson covered his eyes with his hand and occasionally peeked through his fingers. He was fidgetty and asked to move. We moved to the front of the building, in the hope that he would look out of the window and watch the car lights. He continued to look behind him and said the man was still there.

We ate our meal, my Grandson did not eat his, for twenty minutes he kept asking if we could go. He was quiet but very fidgetty. I said I would go over to the man and ask if he would leave, but my Grandson would have to tell me where the man was. I walked over, stopped when I was told to. I extended my arm out and moved it around, at this point it was above my head extended outwards. My Grandson said that I was touching the man’s shoes.

Apparently a member of staff mentioned that other customers have reported seeing things. When we left, (my Grandson is in a wheelchair), we wheeled the chair past where he could see the man, he turned and looked at where he said the man was.

We mentioned this to a couple of staff as my Grandson was agitated for the duration of our visit. On the way home, he mentioned string, but thicker and hanging.

I have no doubt that my Grandson saw something. His vocabulary is not as advanced as other children of his age as he has Cerebral Palsy, his disability affecting his mobility more than anything. He has never, ever said he has seen anything before and a person not be in front of him.”

“A number of years ago my wife and I became very good friends with a couple completing a pub training course. We changed pub chains but still kept in contact as much as we could. Some month past when they announced that they had been allocated a pub to run, this being the homestead in bracebridge all started o.k. The man of the couple being of hardened background did not entertain the stories and passed down sightings. His wife was a bit more intrigued with the thought of the happenings.

On our occasional visits mainly after hours I personally have experienced all the beer taps in the seller turning themselves on, you would turn them off again leave the seller and on return they would be back on again. Whist in the office upstairs a sound of a table being dragged across the floor in the next room could be heard. On investigation no table or heavy objects would be present in the room. A very loud banging noise at the top of the staircase could be heard (a little investigation by them found that one of the inmates had hung himself there) the banging to be thought the noise of feet on the banister.

They put up with the goings on for a number of months when one night the woman awoke not about to move glanced to the corner of the room to see a dark figure. Sensing another figure to her side saw a lady dressed in white stroking her hand reassuring her that she would not be harmed. They called it a day at that point and soon got another pub to run some way away. All involved with that pub at the time had seen something one time or another.”