The Four Crosses
Come and discover the history and hauntings of The Four Crosses in Cannock, Staffordshire. Read chilling tales of spooky encounters and book yourself on a ghost hunt, if you dare......
haunted pub, haunted staffordshire, coaching inn, cannock chase, the ghost book, ghost hunts, paranormal investigations,
15890
page-template-default,page,page-id-15890,theme-bridge,bridge-core-2.6.7,woocommerce-no-js,qode-page-transition-enabled,ajax_fade,page_not_loaded,,no_animation_on_touch,qode_grid_1400,hide_top_bar_on_mobile_header,columns-4,qode-product-single-tabs-on-bottom,qode-child-theme-ver-1.0.0,qode-theme-ver-25.2,qode-theme-bridge,disabled_footer_bottom,qode_header_in_grid,wpb-js-composer js-comp-ver-6.6.0,vc_responsive 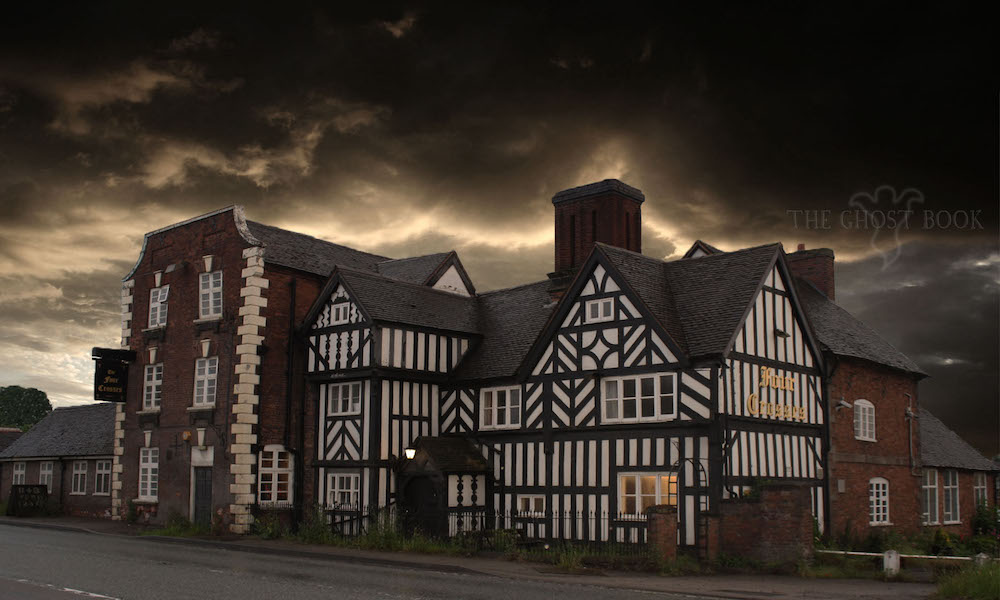 The Four Crosses is an unusual looking place from the roadside. You can clearly see the old Stuart building, surrounded by its more modern Georgian brick additions. The progress in history is right there before your eyes. It’s as though the facade could tell you stories all on its own.

It’s not until you step inside the building, that you get a true sense of just how much character it really has. I had one of my most frightening experiences in the cellar, and witnessed different levels of activity all the way up to the attic. The old pub is filled with souls ready to share their stories with you.

OTHER USES: The inn has remained as such for many years. Being situated on a Roman road, the inn was very busy especially in the 1880s. When prisoners were in transport, they were held in the attic of the inn during stop-overs.  It is now a private residence and ghost hunt venue.

INTERESTING FACTS: A hidden oak door was discovered in a wall in 1950. It was behind a thin layer of plaster and was carved with the date 1638. This discovery added weight to the idea of hidden passageways and secret tunnels within the pub. An old coachman’s uniform was discovered inside a bricked up chimney, perfectly preserved. It is believed to have been there for over 150 years!

CLAIM TO FAME: The inn has been declared by some as the most haunted pub in Britain. Visitors of the inn are said to have included the infamous highway man Dick Turpin (see image), and Irish poet Jonathan Swift. Swift allegedly had a dispute with the landlord’s wife and in his frustration, he etched a window pane with his diamond ring. It is believed to have read something along the lines of

‘Thy fool, to hang four crosses at the door!

Hang up thy wife! There needs not any more’

DEATHS: It is believed that many deaths have occurred on the premises in it’s history. People have allegedly been killed on the busy road when leaving the pub from the front door. The most recently recorded death was in 1980 when a young boy ran from the pub and was hit by a passing vehicle and killed. The door is no longer in use and visitors now enter and leave the building from a door at the back. A baby is said to have died upstairs after falling from a table in the 1800s and many suicides have also apparently taken place. I have been unable to find any evidence of these deaths. Of course, that is not to say they didn’t happen!

• A man seen in the carpark on rainy evenings wearing a long dark cloak.

• A man seen in the carpark on rainy evenings wearing a long dark cloak.

Visual: Shadow figures seen throughout the building. A spirit has been seen knocking at the inn door.

Poltergeist: Glasses smashing on their own. Glasses fly off the shelves. Other items mysteriously move around the bar area. The fire has spontaneously ignited in the fireplace in the middle of the night. The piano has been said to play on its own, on request from investigators. 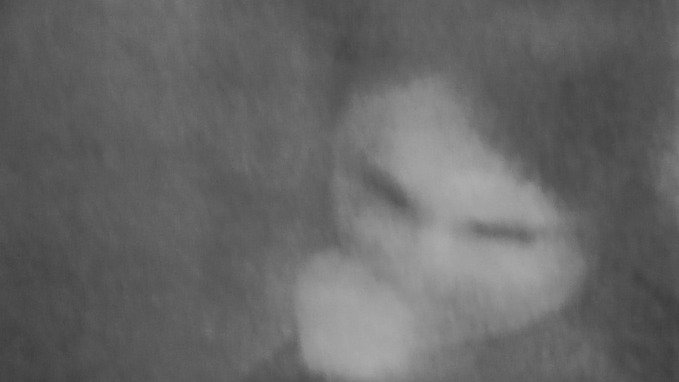 Photographer: Christine Hamlett
EYEWITNESS ACCOUNTS
Have you had a spooky encounter at The Four Crosses?
Would you like your tale published on The Ghost Book? Then get in touch!
INVESTIGATION FOOTAGE
FIND OUT MORE