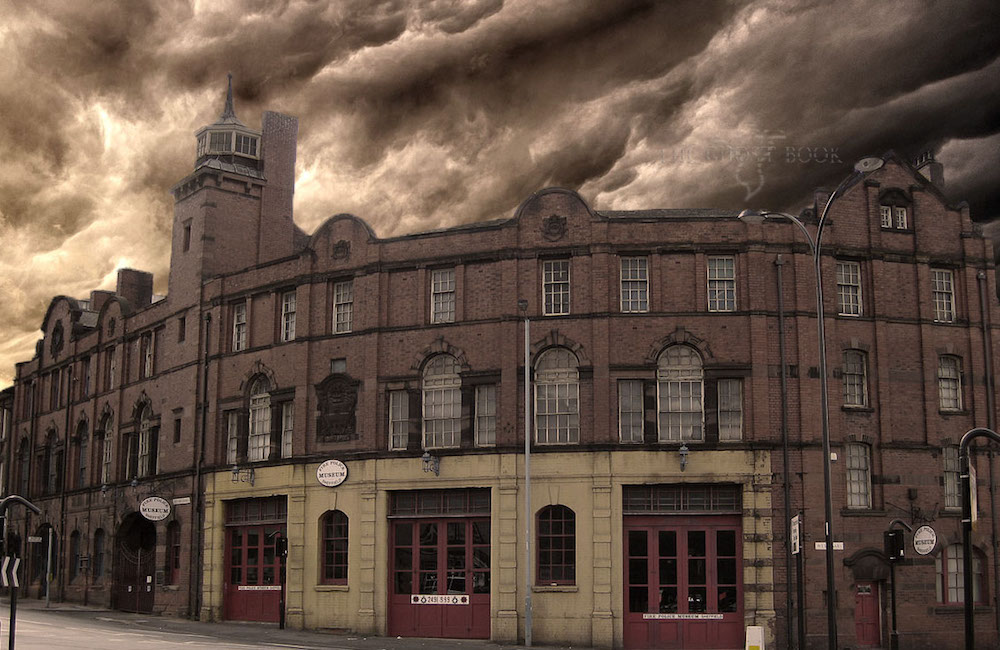 OTHER USES: The cellars of the building were used as air raid shelters in both World Wars. The police had sole use of the building from the end of World War I until 1965. The building then sat empty and fell into disrepair for nearly twenty years. The current museum was opened by firemen in 1983.

INTERESTING FACTS: The station was one of the first to combine all three emergency services.

The fire station had cutting edge technology including electric bells and the fireman’s pole. The police station section, which is now the reception of the museum, had cells, stables and offices.

The station was in operation through both World Wars and survived the Sheffield Blitz. Damage to the front of the building that was caused by bombing can still be seen today.

CLAIM TO FAME: The museum became the Nation Emergency Services Museum in 2014.

Poltergeist: Objects move on their own. A glass was thrown at investigators.

Have you experienced paranormal activity at the Emergency Services Museum?